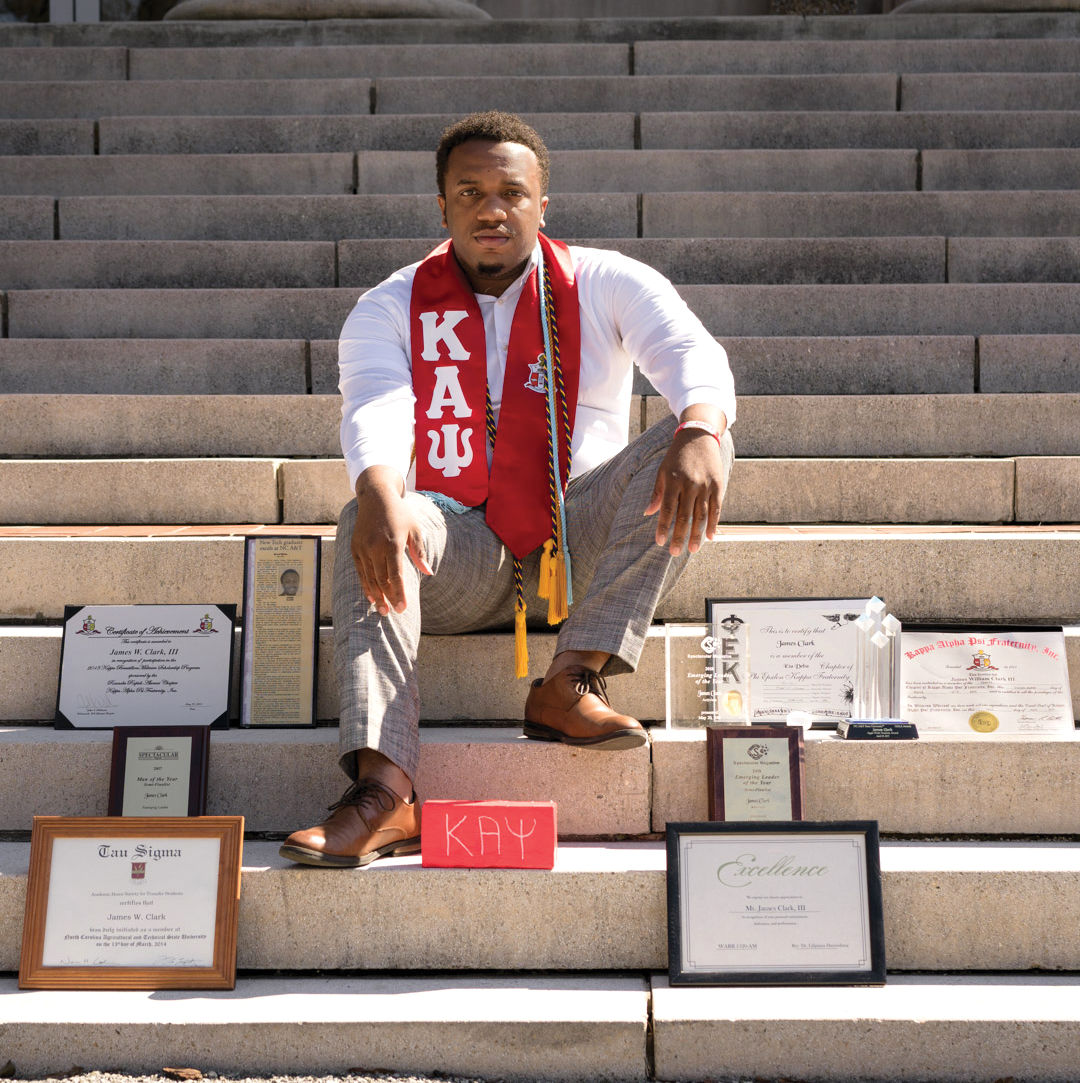 Wearing his Kappa Alpha Psi Fraternity, Inc. stole and honor cords, James Clark is surrounded by certificates and plaques representing the honors he has achieved during his undergraduate career at N.C. Agricultural and Technical State University. 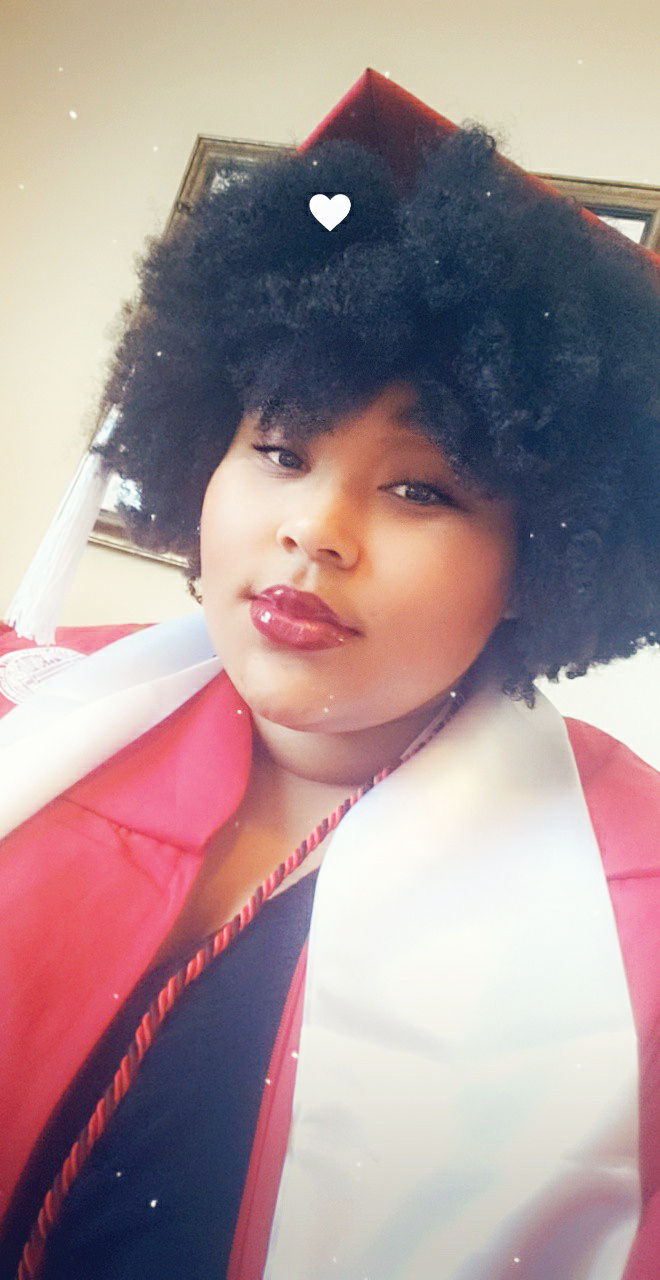 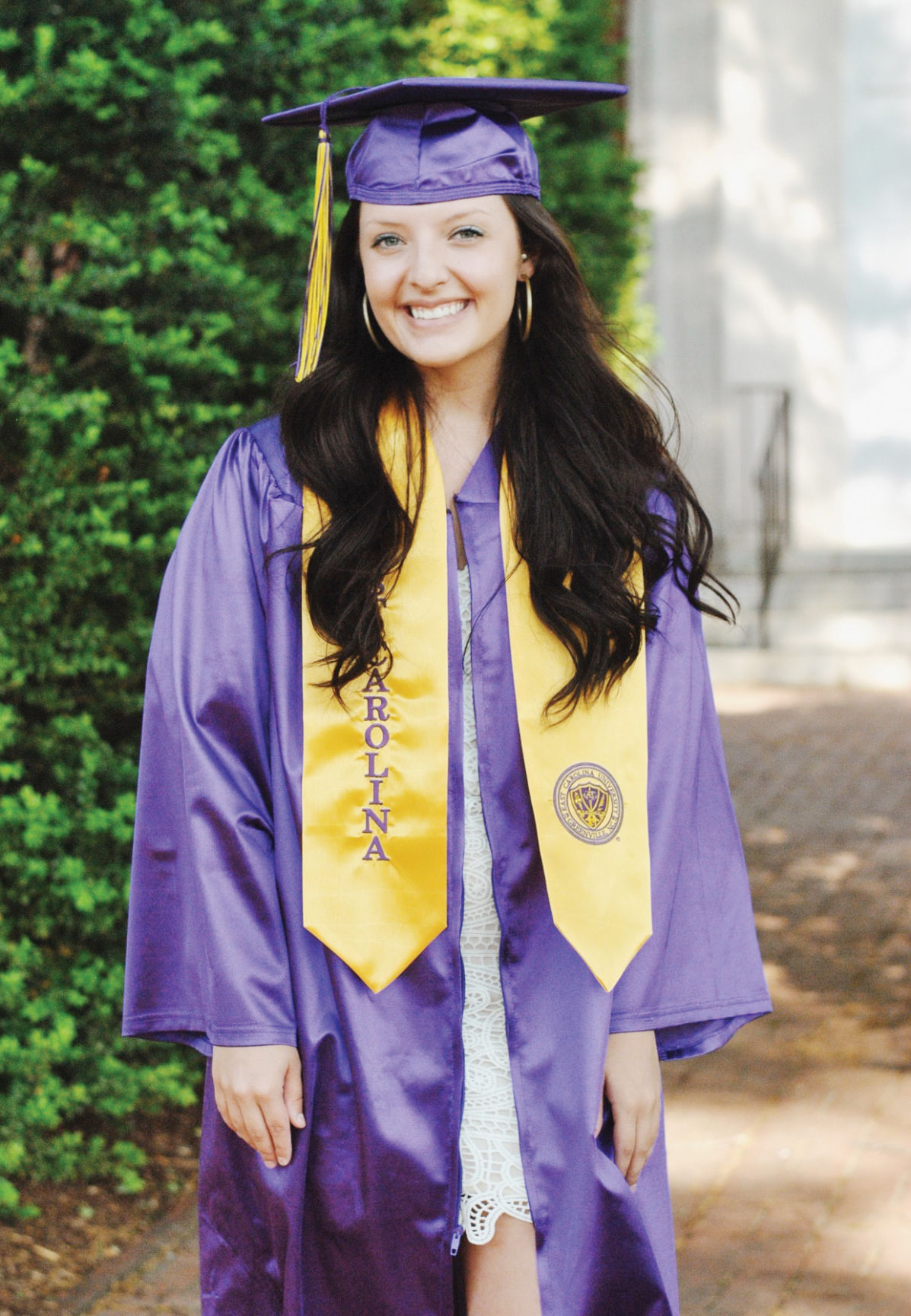 Wearing his Kappa Alpha Psi Fraternity, Inc. stole and honor cords, James Clark is surrounded by certificates and plaques representing the honors he has achieved during his undergraduate career at N.C. Agricultural and Technical State University.

Under normal circumstances, Warren County native James Clark would have received his undergraduate degree from North Carolina Agricultural and Technical State University in Greensboro walking across a stage this spring. He and the other members of the Class of 2020 would have heard words of advice and encouragement about the future, and they would have celebrated their graduation with family and friends.

However, with the outbreak of the COVID-19 pandemic, “normal circumstances” became a thing of the past, and the traditional NCA&T graduation ceremony was postponed. In the midst of all of this, Clark remained excited about a future which includes graduate school and dreams of landing an information technology job with the NBA.

A Warren New Tech High School graduate, Clark is the son of Valarie Clark of Warrenton and the late James William Clark, Jr. He was a multi-sport athlete in high school, active in football, basketball, baseball and track.

At NC A&T, Clark balanced academics with leadership and mentoring roles in his pursuit of a Bachelor of Science degree in sports management and physics.

His dedication did not go unnoticed as he accumulated a list of honors: Tau Sigma and Phi Epsilon Kappa honor societies, the Dean’s List, the Aggie Pride Award for student leadership and two leadership awards from Spectacular Magazine of Durham.

Clark served the NC A&T community as a senator, being part of a student group that addresses new rules that the university is considering for adoption. From 2016-18 he served as chairman of the School of Education, being elected to that position by the student government association board. In that role, Clark discussed School of Education needs with its dean and university chancellor, and assisted education students in addressing problems and concerns.

In 2019, he was initiated into the Alpha Nu Chapter of Kappa Alphi Psi Fraternity, Inc., most recently serving as chairman of the Sports and Recreation Committee changed with planning campus events.

Clark has been involved with the Men on the Move organization, serving in a mentorship role for first-grade boys at a Greensboro elementary school by helping them with homework, participating in sports and teaching them life skills.

Starting in early February, he began serving as a group leader with the After-School Care Enrichment Services program with Guilford County Schools.

A new way of learning

Like everyone else, Clark was going about his regular life until mid-March, when the first wave of restrictions to protect North Carolinians from COVID-19 went into effect. By living in a Greensboro apartment, he didn’t feel as great an impact as students living on the NC A&T campus who were sent home.

Clark’s only criticism of the online format related to contacting his professors. Instead of asking questions after class as he did before the novel coronavirus, he had to email his professors, waiting sometimes for three hours before receiving a reply.

Soon, a routine developed. Professors would email tests and exams, and Clark and other students replied with their completed work. Research for papers came from online sources, including resources available through the NC A&T library. Students emailed completed papers to their professors.

Clark could still go on campus if he wanted, but very few people would be there. Online final exams were the norm this year.

Still, there is much to be excited about. According to the NC A&T website, graduation ceremonies were postponed, not canceled. Clark will still have a chance to experience graduation traditions and celebrate with classmates, family and friends.

He is also excited about beginning his graduate studies toward a master’s degree in information technology at NC A&T. Orientation is scheduled to begin on Aug. 17, and, according to the university website, NC A&T plans to reopen its campus this fall.

Clark dreams of working in the IT department/IT analysis with the NBA, meaning that he would be involved in game broadcasts. If the dedication he has shown to balance a well-rounded college life is any indication, get ready to look for his name in broadcast credits.

Two more Warren County students found themselves in the same situation as Clark, finishing their final months of college with online classes and learning they wouldn’t get to walk across a big stage to celebrate their hard earned accomplishments.

The daughter of the late Milton and Deborah Alston, Jacqulea Anderson of Warrenton is a 2016 graduate of Warren Early College High School and one of the school’s first students to earn an associate’s degree from Vance-Granville Community College and a high school diploma in just four years rather than the traditional five. Salutatorian of her high school class, National Beta Club member and a North Carolina Scholar, Anderson proved herself to be an overachiever.

“I met a lot of new people and made good friends in college,” she said.

Anderson said that student support services provided through the federally funded TRIO Program, which helps students with disadvantaged backgrounds, made a positive difference in her college experience.

She was set to walk the graduation stage at N.C. State University in Raleigh on Mother’s Day weekend, but the college canceled traditional commencement exercises and didn’t hold virtual ceremonies.

“I was ready to be dramatic,” she said, adding that she had plans for decorating her mortarboard and graduation hopping. “It took away from me seeing my friends graduate.”

Anderson double majored in creative writing, and women and gender studies. Not one to rest on her laurels, she plans to enter Illinois State University in the fall and pursue a master’s degree in English. After that, she said she may take a gap year, or possibly obtain a doctoral degree.

Also of Warrenton, Molly Harty, daughter of Jeff and Stephie Harty, attended East Carolina University, where she earned a degree this May in communications. She was on spring break at Disney World in Florida when she heard another college had extended its spring break due to the coronavirus.

ECU also extended its spring break and emailed its students that in-person classes were canceled. Then Disney World closed. That’s when Harty said it got real that the pandemic was something serious.

“I was more upset that a lot of the things that I didn’t think were my last, were my last, like walking on campus, going to my favorite restaurant because I didn’t really appreciate it for what it was,” she said. “We thought we were going to go back after spring break.”

ECU students in campus housing were required to move out, and campus dining shut down. Harty was in private housing, and split her time between Greenville and her home here.

The college planned a virtual graduation ceremony, canceled it, then eventually held it on May 8. Seniors have been offered a chance to walk with the December graduates, but Harty said it won’t be the same as walking with the peers in your specific school, and she doesn’t plan to participate.

“We really just want our names to be called and walk across the stage,” she said. “We would prefer something later in the summer. Why couldn’t we be thrown in with the summer school kids instead of waiting until December? But it’s OK.”

This summer, Harty is working for the Big Rock Blue Marlin Tournament in Morehead. It’s her third year with Big Rock in marketing, event planning and advertising, and she hopes it leads to something full-time.

As Clark, Anderson and Harty look toward the future, they can take with them a lesson they learned this past semester — that the same perseverance and resilience that enabled them to earn their degrees during a pandemic will serve them well as they prepare for their careers.