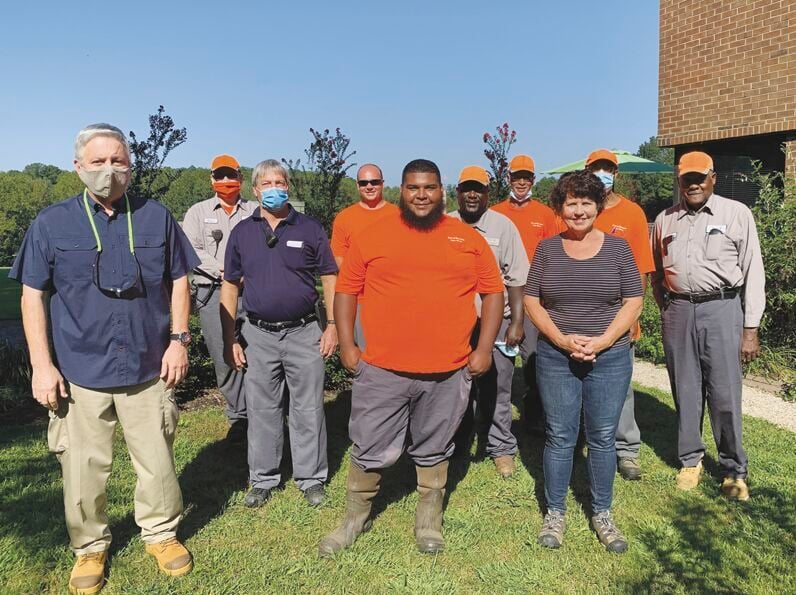 Warrenton Public Works Director Bill Perkinson, left, stands with the crew that keeps the department and the town running well and looking good. 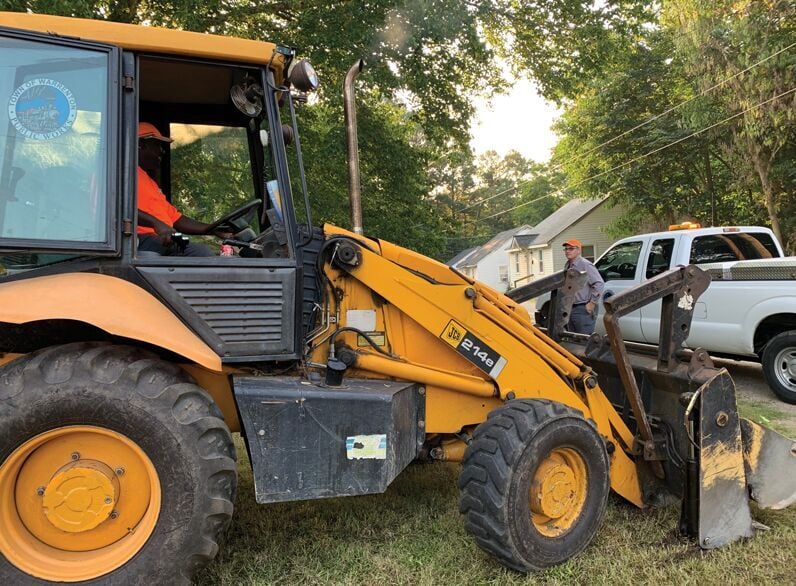 Willy Terry and Nathan Lindsey do some work on the property on Williams Street. 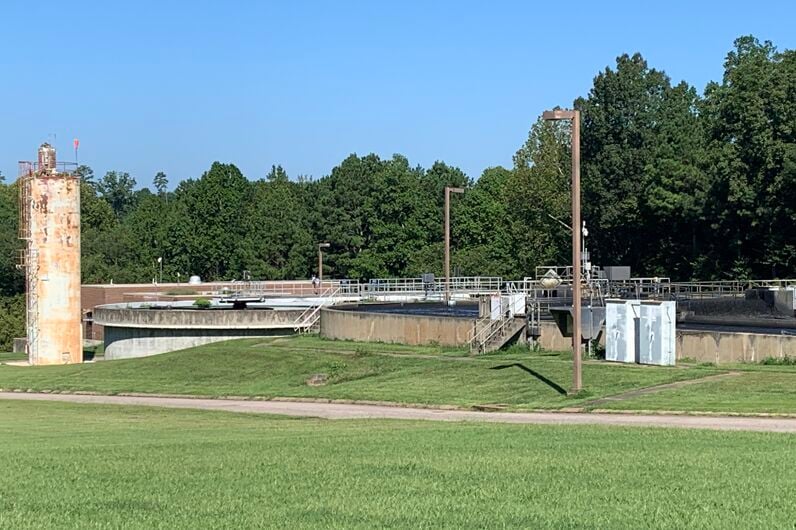 The Warrenton Wastewater Treatment Plant sits on 13 acres on 401 South.

Warrenton Public Works Director Bill Perkinson, left, stands with the crew that keeps the department and the town running well and looking good.

Willy Terry and Nathan Lindsey do some work on the property on Williams Street.

The Warrenton Wastewater Treatment Plant sits on 13 acres on 401 South.

At the beginning of September, Warrenton Public Works worked even harder than usual.

On Sept. 1, this department had to deal with the flooding that submerged the lower section of their 13-acre water treatment facility on 401 and subsequent discharge for the second time in the last three months. The previous flooding occurred on June 17.

This required a lot of work people don’t like to think or talk too much about. But like every other job there is for Public Works to do, the 10 full-time and four part-time workers got it done and moved on to the next thing.

Taking on wastewater and sewer services in 2007 and street and sanitation services in 2009, that work and those jobs include operating and maintaining the town’s Water Distribution System, comprised of three elevated tanks, 30 miles of water lines and 940 active water connections.

Led for the past 13 years by Warrenton native Bill Perkinson, their mission is “to provide uninterrupted service to our residents and customers while keeping Warrenton safe and looking its best.”

Public Works also operates and maintains the Sewer Collection System, along with the Regional Wastewater Treatment Plant, the aforementioned 13-acre facility on 401 South that serves the whole county. And while they’re busy keeping an eye on all the things that need regular maintenance and repair all over town, 16 cameras are watching the goings on at the plant.

“We knew it was happening right away,” Perkinson said, referring to the discharge on Sept. 1.

Normally flowing from the plant’s treatment tanks into Fishing Creek and the Tar-Pamlico River Basin, Perkinson said the treated waste is not harmful to the environment. “Dilution is the solution,” he said. Even with the flooding and discharge, the rain did a good amount of diluting as well. Measurements at each stage of the treatment process are taken on a regular basis.

And while it’s held up well since it went on line in 1981, the plant will soon undergo a $2 million rehabilitation beginning Oct. 1.  The current plant replaced the previous one built in 1966.

While hardly a walk in the park, they also maintain the four acres of Hayley Haywood Park and the five acres of the North Warrenton Cemetery, provide garbage pick-up and yard waste removal for 500 households, and operate the two-acre yard waste facility for disposal of town tree limbs, clippings and leaves.

Perkinson says the key to the department’s success is the team of employees. “They have a great work ethic,” he says. “They enjoy and take pride in their job of taking care of Warrenton. The town leaders have been instrumental in providing our staff with the equipment they need and encouraging professional growth.”

Perkinson said he’s worked with a lot of town administrators and commissioners. “It starts with them, and I’ve seen the difference over the last 10 years. They’ve been very supportive and helped us get the job done.”

Hired by Ted Smiley, Perkinson says he enjoyed working with him and others, and has a lot of respect for Robert Davie. “He’s passionate about the town and doing his best for it,” he said.

The department is looking forward to receiving a new dump truck and garbage truck, replacing one that’s 20 years old, at a combined cost of $218,780.

And when they’re not handling the trash or truckloads of tree debris, or any of the other endless amounts of work already mentioned, Public Works also maintains and tests 160 fire hydrants. And last but not least, they are required to clean 10 percent of the sewer lines per year.

“There’s always a good backlog,” Perkinson says, not surprisingly. “It never gets dull trying to take care of all of it. We’ve just got to stay organized and keep a good medium pace.”