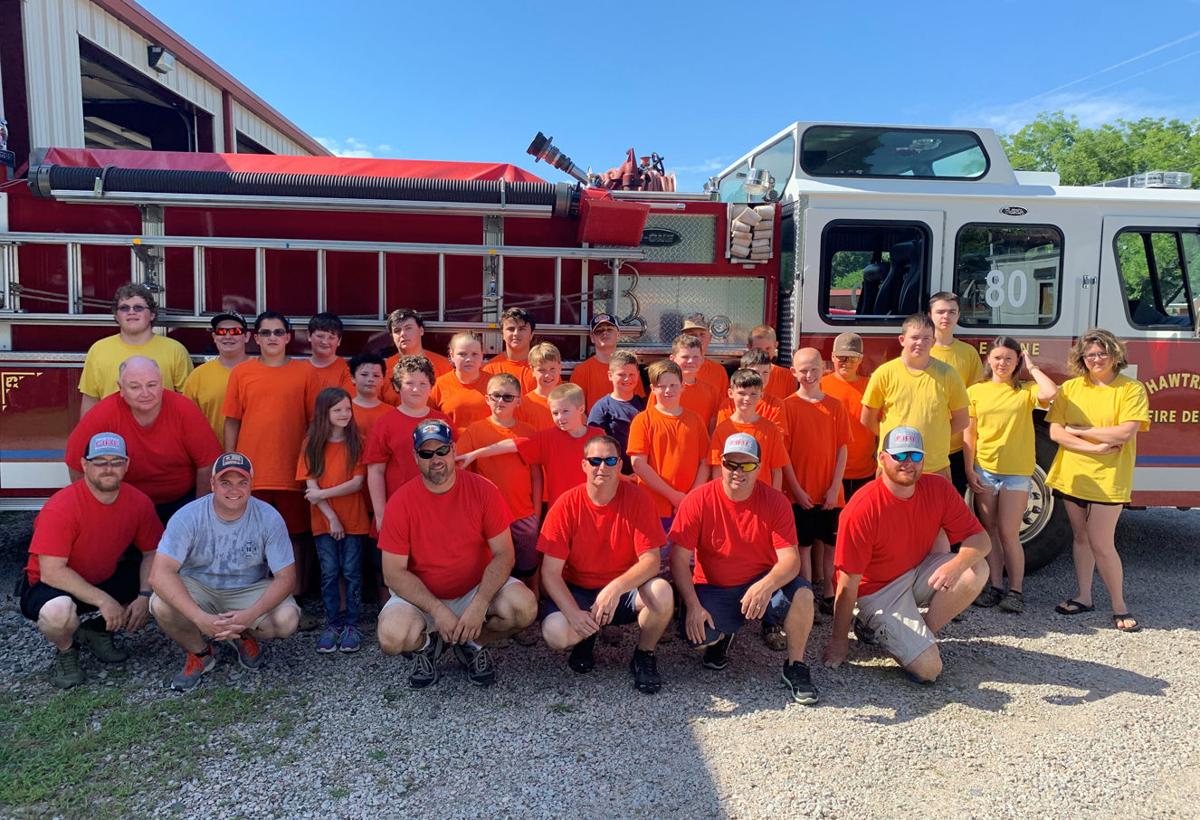 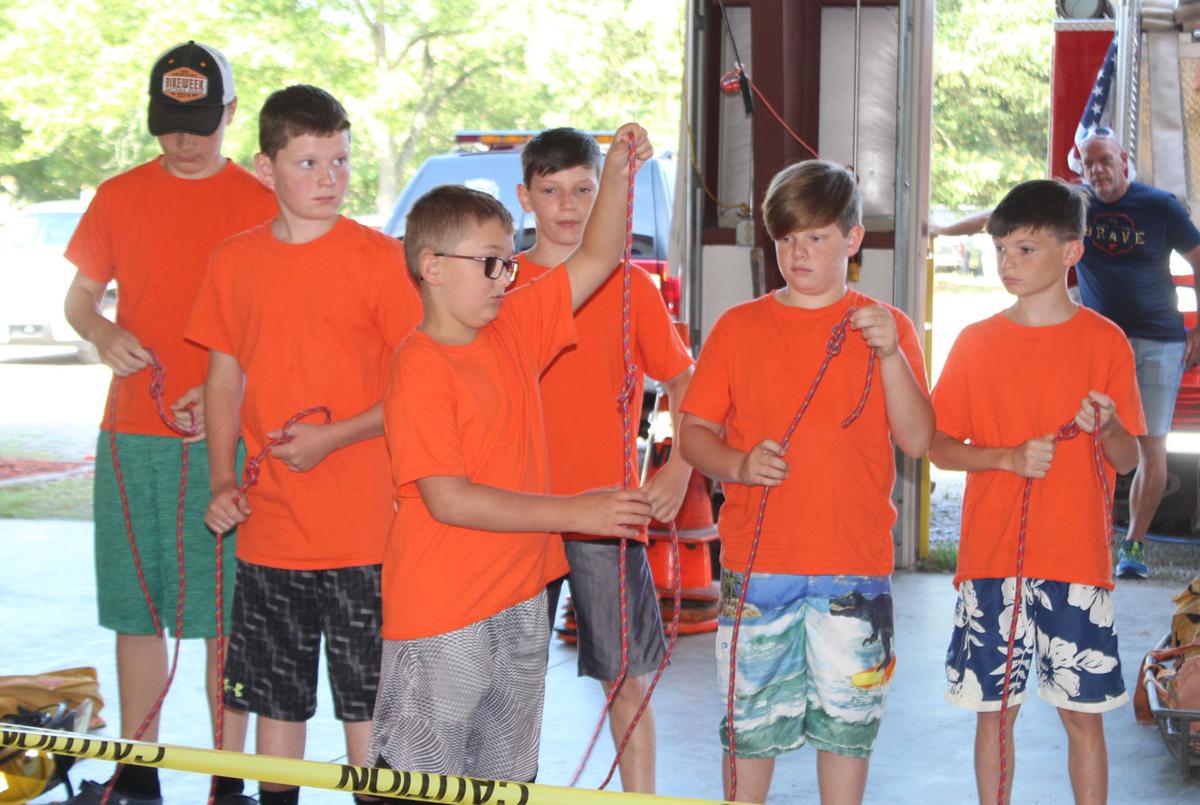 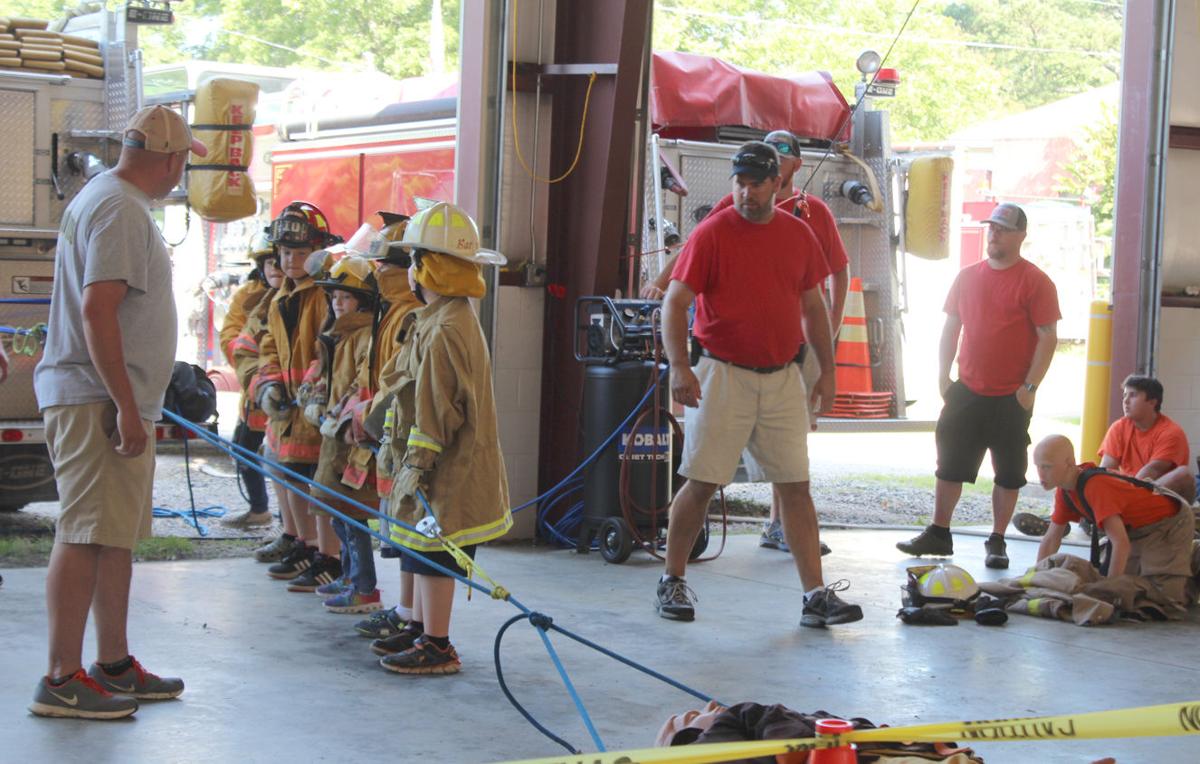 Fire Camp participants simulate moving a patient through the use of a rope system and teamwork. Overseeing the campers’ demonstration are Mike Butts, left, and Joey Andrews, right.

Fire Camp participants simulate moving a patient through the use of a rope system and teamwork. Overseeing the campers’ demonstration are Mike Butts, left, and Joey Andrews, right.

Twenty-two youth had a chance to learn what firefighters do as the Warren County Firemen’s Association, in conjunction with Hawtree Volunteer Fire Department, hosted the second annual Fire Camp June 22-26.

Throughout the week, members of fire departments across the county showed that firefighters must be prepared for any situation they may face, from a house fire to a vehicle accident. Members of Warren County Emergency Medical Services also participated.

Joey Andrews, president of the Warren County Firemen’s Association and chief of the Afton-Elberon Fire Department, said that the youth learned such skills as CPR, extrication and rope rescue, which may be needed at the scene of accidents when a vehicle has traveled down an embankment.

“You can pull (the patient) up a hill rather than trying to walk up the hill,” he said.

Camp participants had an opportunity to showcase the skills they learned in demonstrations for their parents on June 27.

With boots and other gear at the ready, older campers showed what happens when a fire call comes in. They dressed in turnout gear, ran to a fire truck, connected hoses and sprayed a stream of water toward a designated area.

Younger campers showed that, with the help of ropes and knot, they could work together to pull a 200-pound dummy, simulating a rescue situation.

Camp participants demonstrated how to tie a number of knots that firefighters are called upon to recall and do quickly.

Campers also demonstrated that choosing the right fire extinguisher is critical in putting out types of fires not appropriate for larger fire hoses. The youth also learned that they should never turn their back on a fire that they believe is out. Instead, they should always back away while watching for areas that may rekindle.

While participants ended Saturday’s demonstrations with water tug-of-war competitions, some children in the audience said they wanted to attend fire camp when they grow older.

That is the type of thing that Barney and Andrews want to hear. They hope that fire camp participants will want to join a local fire department when they are adults. Andrews noted that a number of departments offer junior firefighting programs that allow youth to join at the age of 14.

Andrews said that Afton-Elberon VFD gained new members this year and last year as a result of the Fire Camp.

For Fire Camp leaders, having boys and girls interested in becoming firefighters is the key to making sure that Warren County’s volunteer fire departments remain strong for years to come.

“The earlier you get them started, the easier it is to try to attract them,” Andrews said.

He was impressed with this year’s camp participants and said that the Firemen’s Association plans to continue its summer Fire Camps for as long as possible.