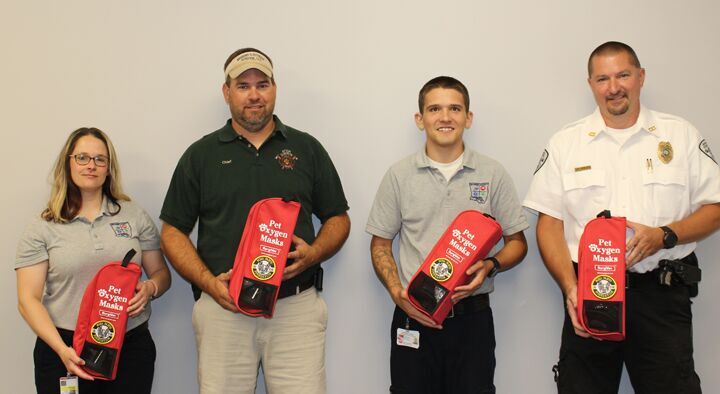 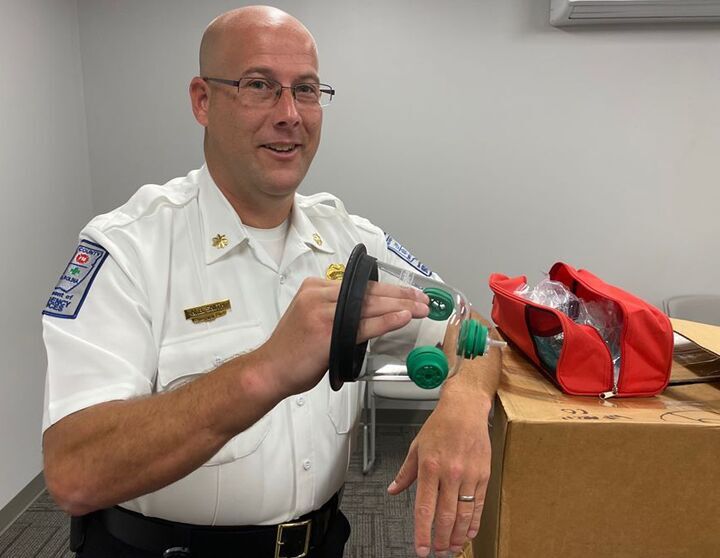 When dealing with the danger of smoke and fire, the first priority is saving lives. In addition to humans, those lives often include canines and felines as well.

Last year, an estimated 40,000 pets died in the United States from fires, including 2,100 in North Carolina and four in Warren County, according to the American Veterinary Medical Association.

After first reaching out to Frank Nobles, chief of animal control for Vance County, a partnership was formed between WCEMS, Warren County Animal Ark and the Mona Pants Foundation, a Zebulon-based nonprofit that provides ballistic vests to law enforcement K-9s and oxygen masks to local first responders.

“Lieutenant Anstead put in the most effort on this and really owned it,” said WCEMS Chief Brandyn Smith. “I’m very pleased with what she’s done and this is a tremendous offering to the community. I also want to thank Chief Nobles for doing this.”

Anstead said the EMTs and paramedics of WCEMS are grateful to Smith for his service to the department and allowing them to do things like this.

“He has gone above and beyond to raise morale,” Anstead said, “and done so much work to allow us to have more opportunities to better ourselves and the agency.  This in turn helps us to better serve the community.”