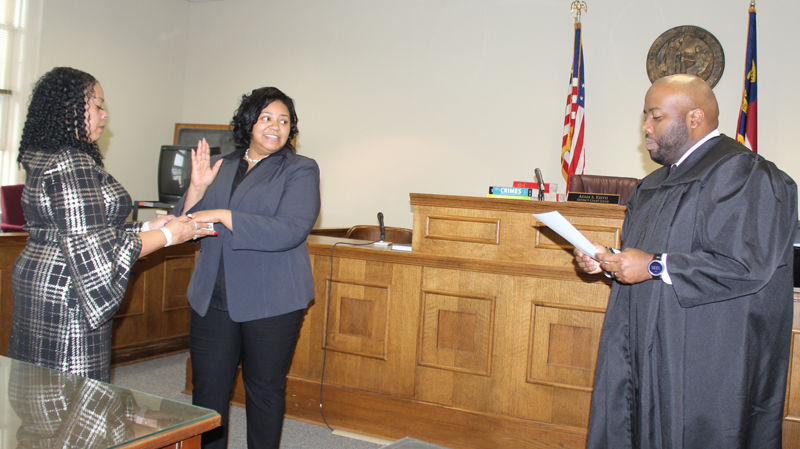 Shiekel Hendricks Richardson, second from left, takes the oath as an attorney Tuesday in Warren County District Court. Holding the Bible is her mother, Lori Hendricks. Administering the oath is Judge Adam Keith. 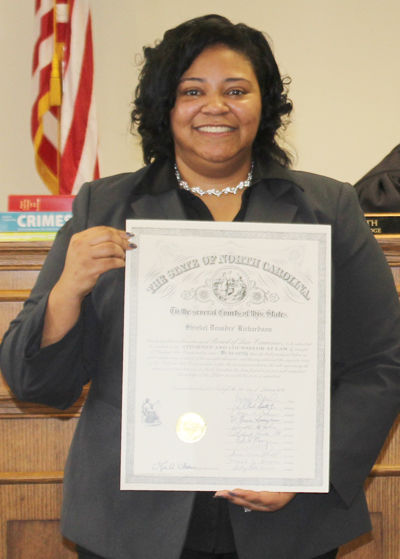 She and her husband, Jermel Richardson, reside in Norlina.