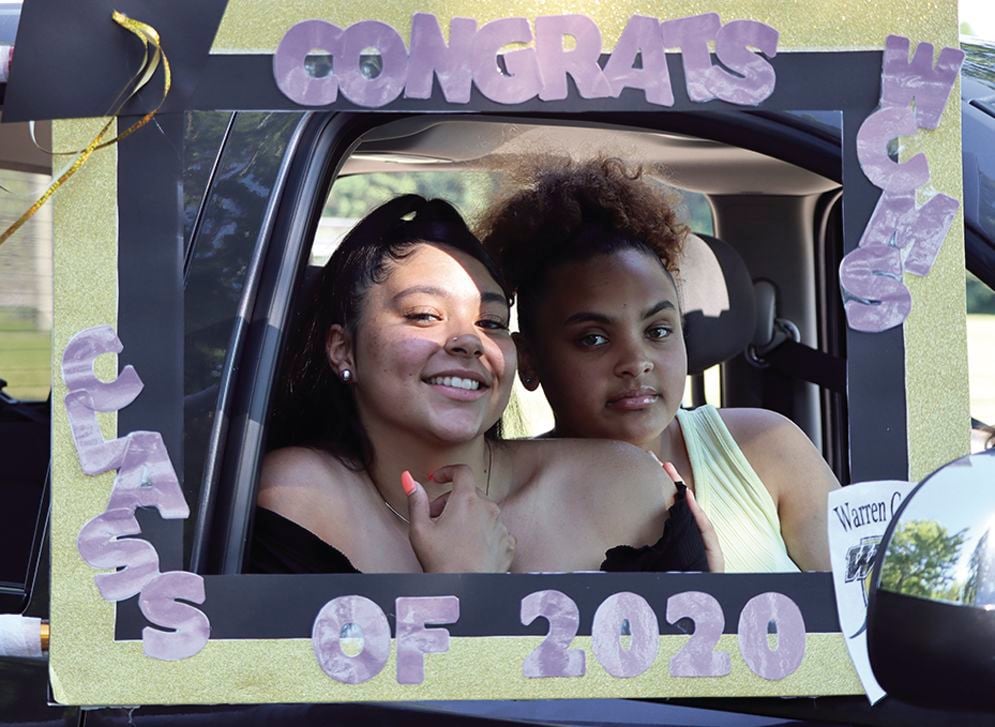 Hailey Richardson and Layla Lynch frame themselves for a photo. 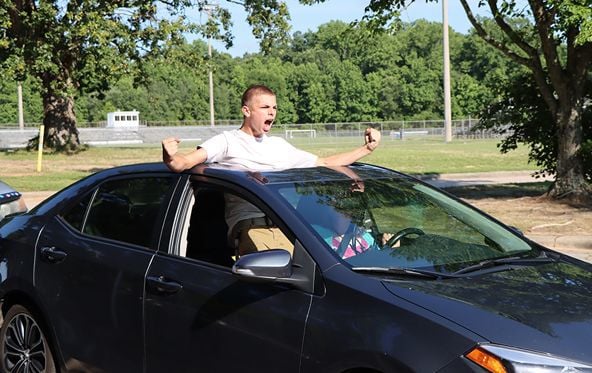 Hailey Richardson and Layla Lynch frame themselves for a photo.

The first stop was the picture tent, where the students had their pictures taken in a special frame designed for the occasion. They remained in their cars and drove through a tunnel of balloons held by middle school staff members, and at the end received special goody bags.

Students then arrived at the final tent where they were greeted by Assistant Principal Dr. Dennis Carrington, who presented them with their promotion certificate and other special awards they earned.

Cheering for students as they drove through the line were Ebony Talley-Brame and Linda Byrd from the Warren County Board of Education, many staff members, and of course the students in cars driven by very excited parents and family members.