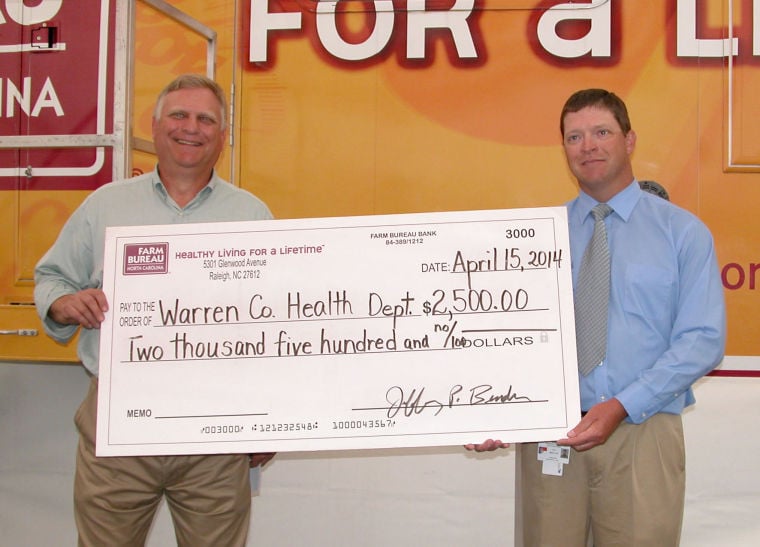 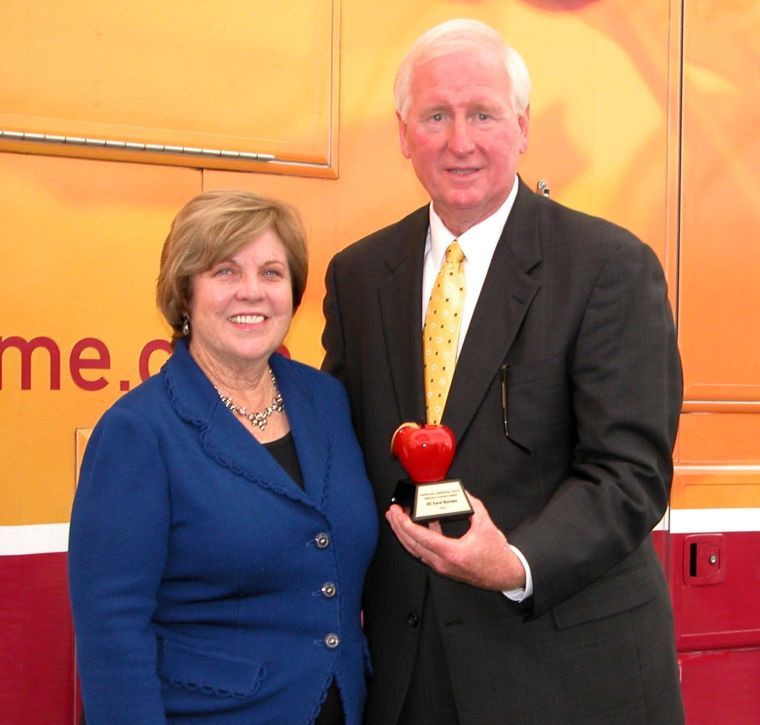 Government officials joined Farm Bureau representatives and Warren County residents for the award presentation made by the Healthcare Leadership Council, a national coalition of healthcare executives.

Before the award ceremony, the officials toured Farm Bureau’s Healthy Living for a Lifetime mobile screening unit, which features four basic screening stations and an area for specialty screenings, such as vascular ultrasound, bone density, lung function or diabetes testing, as determined by community need.

When the mobile screening unit last visited Warren County several years ago, 160 screenings were performed, according to Farm Bureau estimates.

Following the tour, N.C. Farm Bureau President Larry Wooten said that the screening services are part of Farm Bureau’s focus on assisting not only the agricultural community, but residents of rural areas.

He expressed appreciation to Tori Tomlinson, CEO of US Wellness, a wellness strategy and services provider, which supplied the equipment and personnel for the health screenings.

Congressman G.K. Butterfield challenged local youth to place a greater focus on healthy living, including nutrition and exercise. He said that screening services like those offered by the Healthy Living for a Lifetime program, are important for communities, especially citizens who cannot afford traditional healthcare.

In presenting the award, Mary Grealy, president of the Healthcare Leadership Council, said that chronic diseases such as cancer and lung diseases, have become the greatest challenges in healthcare. She said that preventive measures such as health screenings are essential in providing the early detection that can save lives.

“Healthy Living for a Lifetime is bringing healthcare to the community,” she said.

In accepting the award, Wooten said that 10,000 people across North Carolina had received health screenings through the Healthy Living for a Lifetime program since it began three years ago.

In expressing appreciation to Farm Bureau for offering screenings here, Smith said that he is already trying to arrange a third local visit from the Healthy Living for a Lifetime mobile unit.

“The offered screenings are so important to the community, especially those without health insurance,” he said.