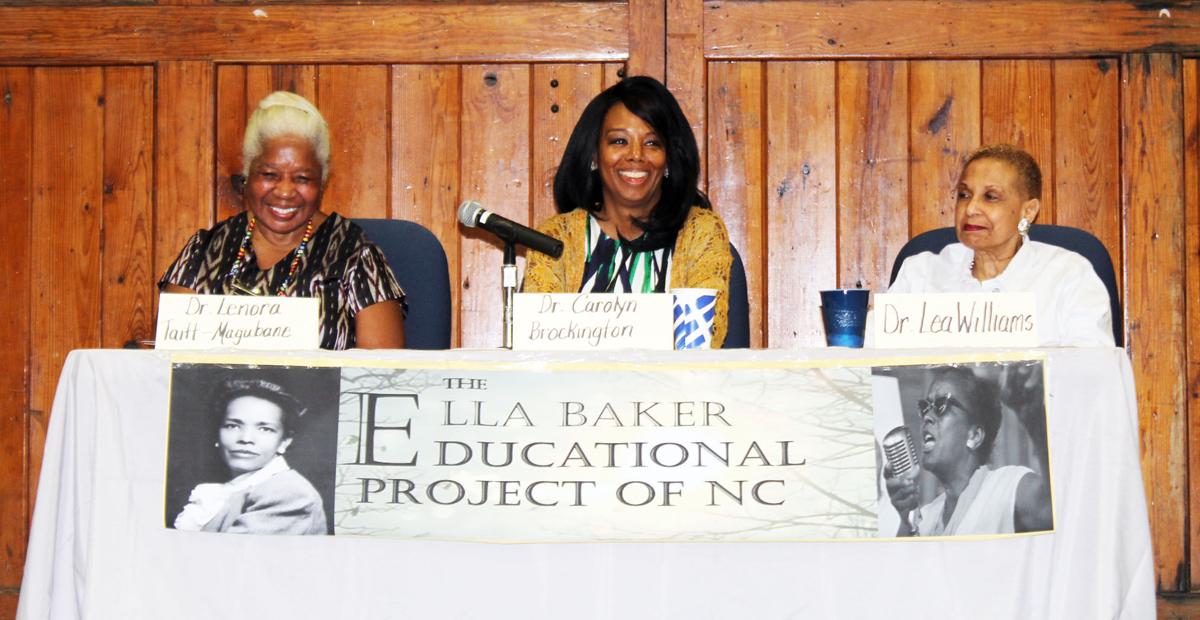 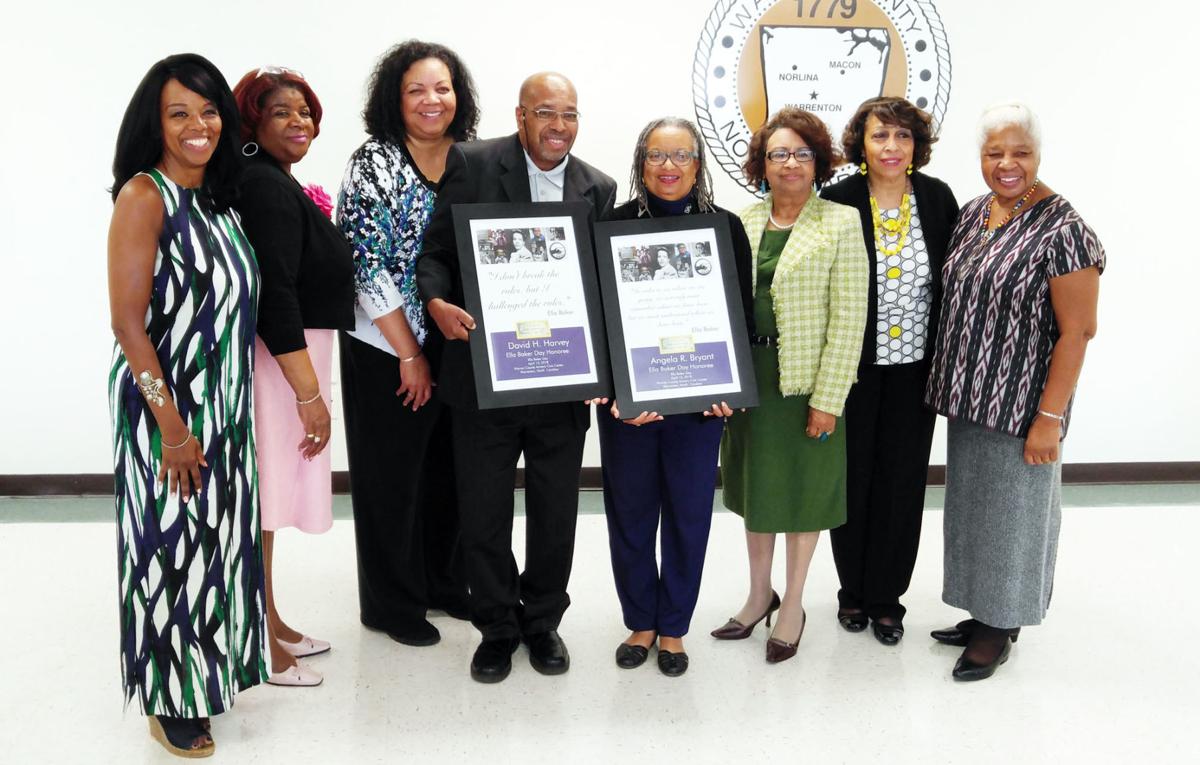 Encouraging everyone, especially youth, to vote in upcoming primary and general elections was the repeated message during Friday’s local observance of Ella Baker Day, honoring the civil rights activist who grew up in Littleton. Activities were organized by the Ella Baker Educational Project of NC.

Gov. Roy Cooper issued a proclamation declaring April 15 as Ella Baker Day in North Carolina. Previous declarations were made by the town of Littleton, Warren and Halifax counties.

The valedictorian of the Shaw University Class of 1927, Baker was active with the Southern Christian Leadership Conference, the Student Nonviolent Coordinating Com-mittee, the Mississippi Freedom Democratic Party and other efforts.

Voter registration was a major focus of her efforts as a civil and human rights activist. Through these efforts, she assisted Martin Luther King, Jr., Rosa Parks and other civil rights leaders.

Dr. Lenora Taitt-Magubane challenged those attending to cast their ballots if they are registered to vote, and urged high school students to register as soon as they become old enough.

“Many people fought and died for the right to vote,” she said. “We must not take this for granted.”

Taitt-Magubane was serving as the president of the Young Women’s Christian Association at Spelman College in Atlanta, Ga., when she met Baker, who was working with the national WYCA. Taitt-Magubane was a member of the Student Nonviolent Coordinating Committee and the Committee on Appeal for Human Rights at the time.

She read a portion of the Mississippi voter registration application from the 1960s described as a literacy test, but which became a barrier preventing many African-Americans from registering to vote.

Taitt-Magubane said that applicants were required to read a portion of the Mississippi Constitution and interpret it correctly, and to write an essay on the duties of a citizen.

“Even if you were literate, it would be difficult,” she said.

Taitt-Magubane said that the duty of determining whether someone interpreted the Constitution correctly fell on the registrar, meaning that one person could say whether a person could register.

She urged those attending to check their voter registration information to make sure that it is current so that they can vote in their precinct without having to cast a provisional ballot. Taitt-Magubane encouraged students who are not old enough to register to become involved in the voting process through registration drives and escorting people to the polls.

Dr. Carolyn D. Brockington, stroke neurologist and director of the Stroke Center at Mount Sinai St. Luke’s and Mount Sinai Roosevelt hospitals in New York, N.Y., said that righting an injustice can be as simple as stopping a bully or someone who is being unkind.

Baker’s great-niece, Brockington recalled that her great-aunt taught her to take action if she saw an injustice and to remember that a single person can make a difference in the world.

Brockington said that one of Baker’s favorite songs was “This Little Light of Mine.”

“She said that everyone has a light. It is your duty to find your light and do something with it, and to help other people find and use their lights,” Brockington said.

A longtime educator, Dr. Lea Williams wrote several books on people who were prominent in the 1960s civil rights movement, including first and second editions of “Servants of the People: The 1960s Legacy of African American Leadership” and, most recently, “We Who Believe in Freedom: The Life and Times of Ella Baker.”

Williams recalled that, in her research, she found that many women were active in the civil rights movement, but, primarily in behind-the-scenes roles. She discovered biographies about many male leaders of the civil rights movement, but only one woman. By 2008, however, two more biographies were written about female leaders, one of whom was Ella Baker.

Williams challenged the high school students in the audience to carry on Baker’s legacy of community involvement.

Ella Baker Project of NC Executive Director Carolyn Ross-Holmes presented Ella Baker Honors Awards to David Harvey, president of the Halifax County branch of the NAACP, and to former state Sen. Angela Bryant, who has been appointed to the state’s Post-Release Supervision and Parole Commission. Ross-Holmes explained that the awards honor citizens who take an active role in social justice.

Ross-Holmes, Baker’s cousin, announced that Brockington and the Ella Baker Project of NC will be renovating Baker’s childhood home in Littleton for use as the Ella Baker Education Center. The year 2020 has been set as the goal completion date.

The center would provide a space where visitors can learn more about the local civil rights activist and where teachers can obtain resource materials for class instruction. Ross-Holmes also hopes that the center will become the site for a lecture series.

“Ella Baker’s life is history worth repeating in the way that we live our lives,” she said.