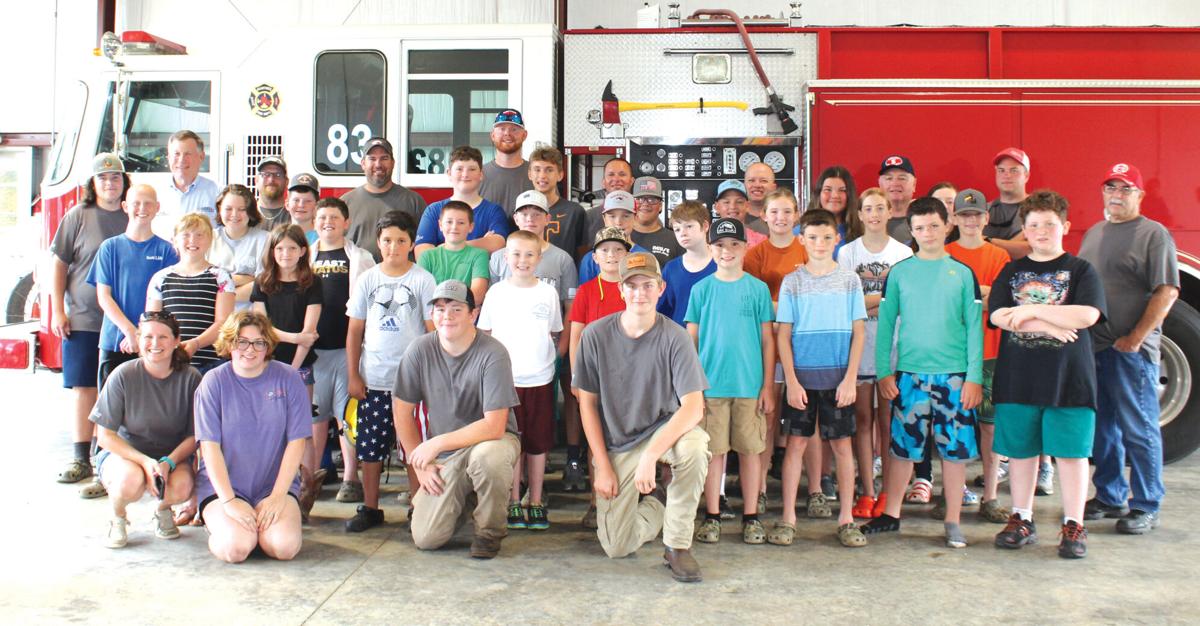 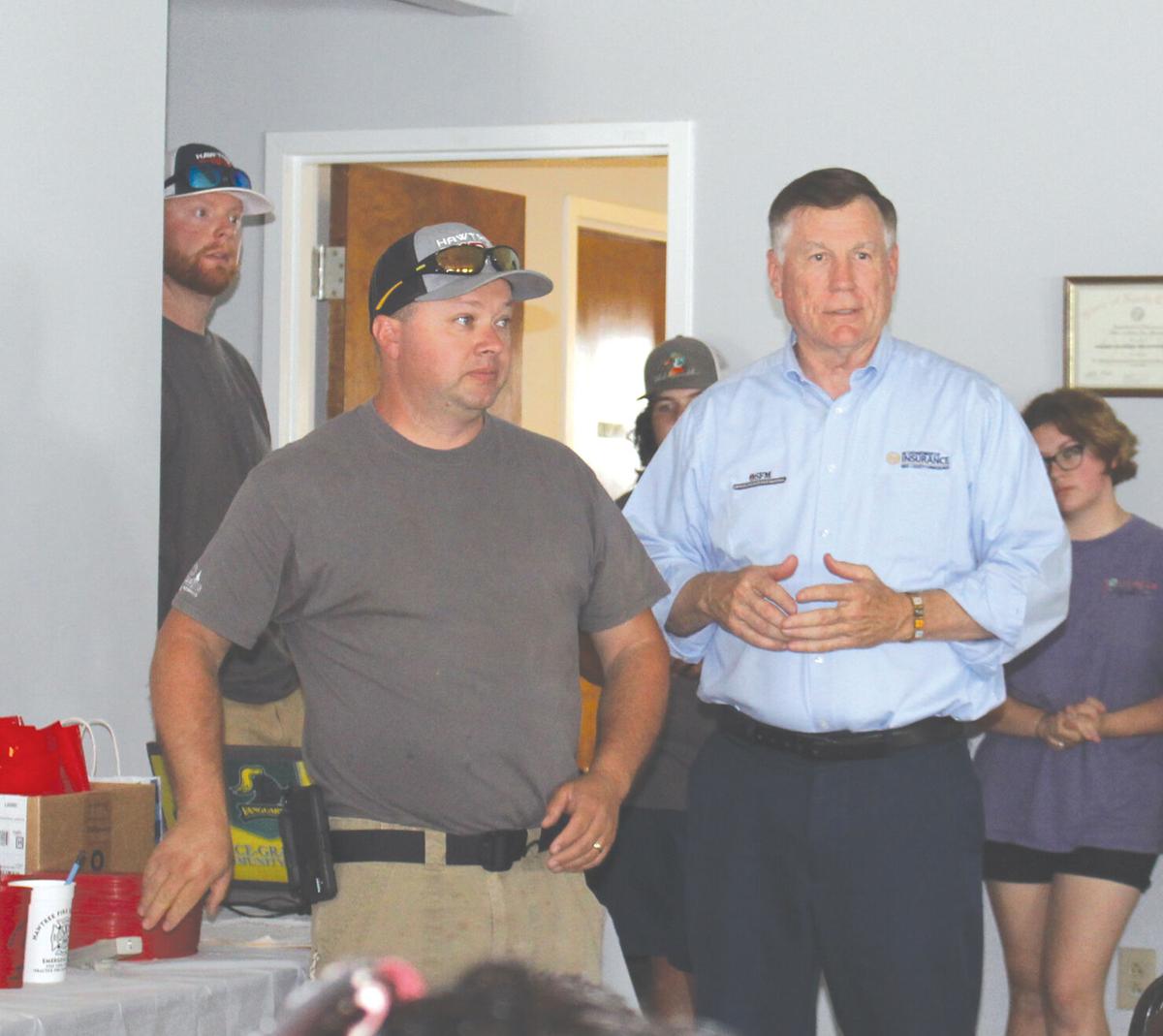 This year’s Warren County Kids Fire Camp drew a record 26 participants during a week of activities designed to give youth a taste of what being a firefighter involves.

Sponsored by the Warren County Firemen’s Association and hosted by Hawtree Volunteer Fire Department, the camp is now in its third year. The camp is open to boys and girls ages 11-14.

North Carolina Insurance Commissioner and State Fire Marshal Mike Causey attended the camp’s final day of activities on Saturday, as participants demonstrated the skills they learned for their parents and other family members.

Causey thanked the campers and their parents for their work during the week and expressed appreciation for local firefighters.

Causey praised the skills and knowledge that campers showed through demonstrations they presented. He also presented participation trophies and certificates to campers.

Before the presentation ceremony, local campers simulated response to the a fire call: putting on firefighting gear, getting on the fire truck, setting up the fire hose, breaking through a lock and turning on the water to battle flames; using a rope and pulley system to create a mechanical advantage for rescue efforts; and the use of fire extinguishers and water to put out fires.

Campers described three classes of fire extinguishers: Class A for ordinary combustibles, Class B for flammable liquids and Class C for electrical fires.

The demonstrations ended with the popular Water Tug of War.

Andrews noted that all Warren County fire departments, and others from surrounding areas, participated in some way.

Barney noted that participation in the fire camp has grown significantly from its first year, when 14 youth participated. A number of participants at previous camps returned this year to assist with instruction, he added.

Barney said that many campers from previous years have gone on to join area fire departments. He hopes that they year’s participants will follow in their footsteps.