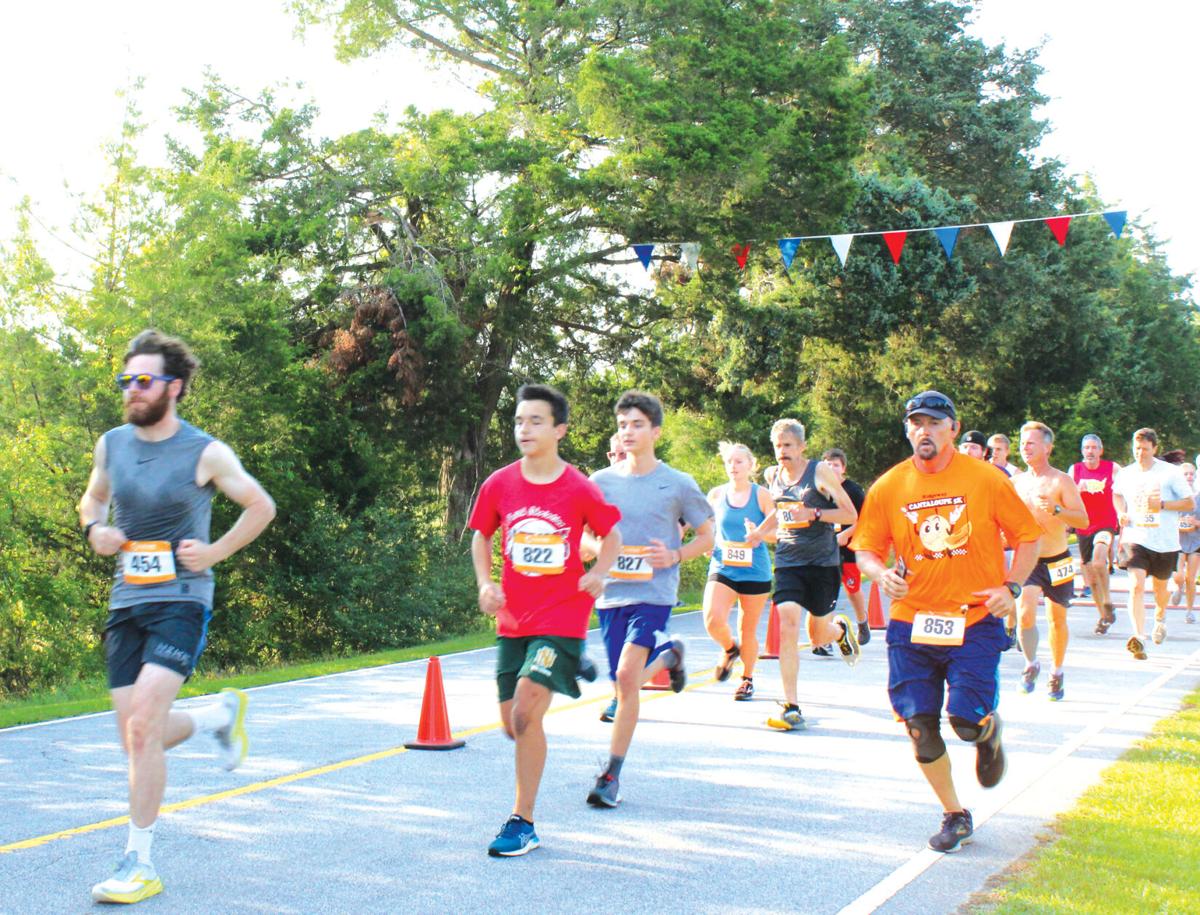 Runners hit the pavement at the start of Saturday’s Ridgeway Cantaloupe 5k. 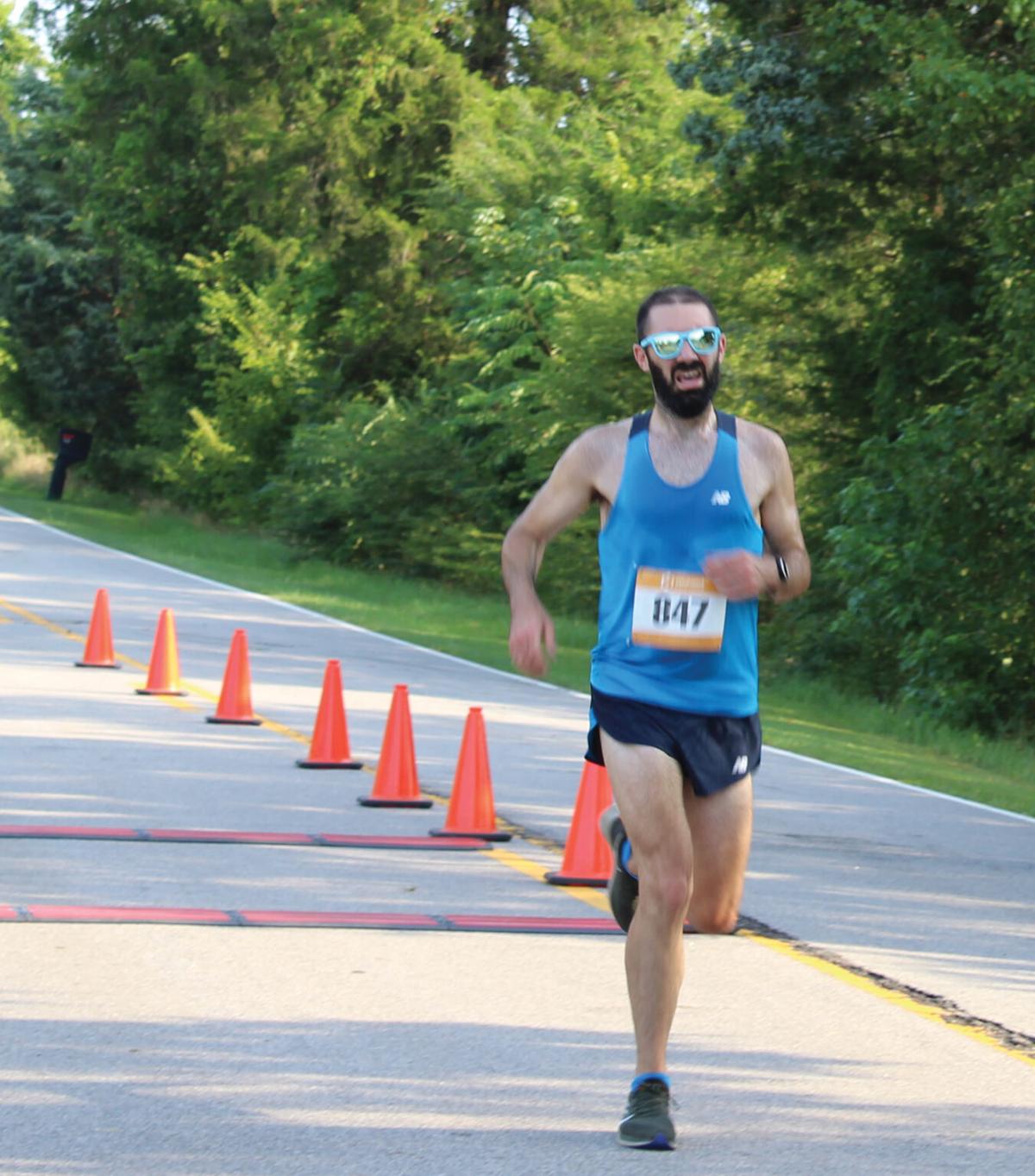 Wesley Mickler of Raleigh is the top male finisher with a tme of 18 minutes, 50 seconds. 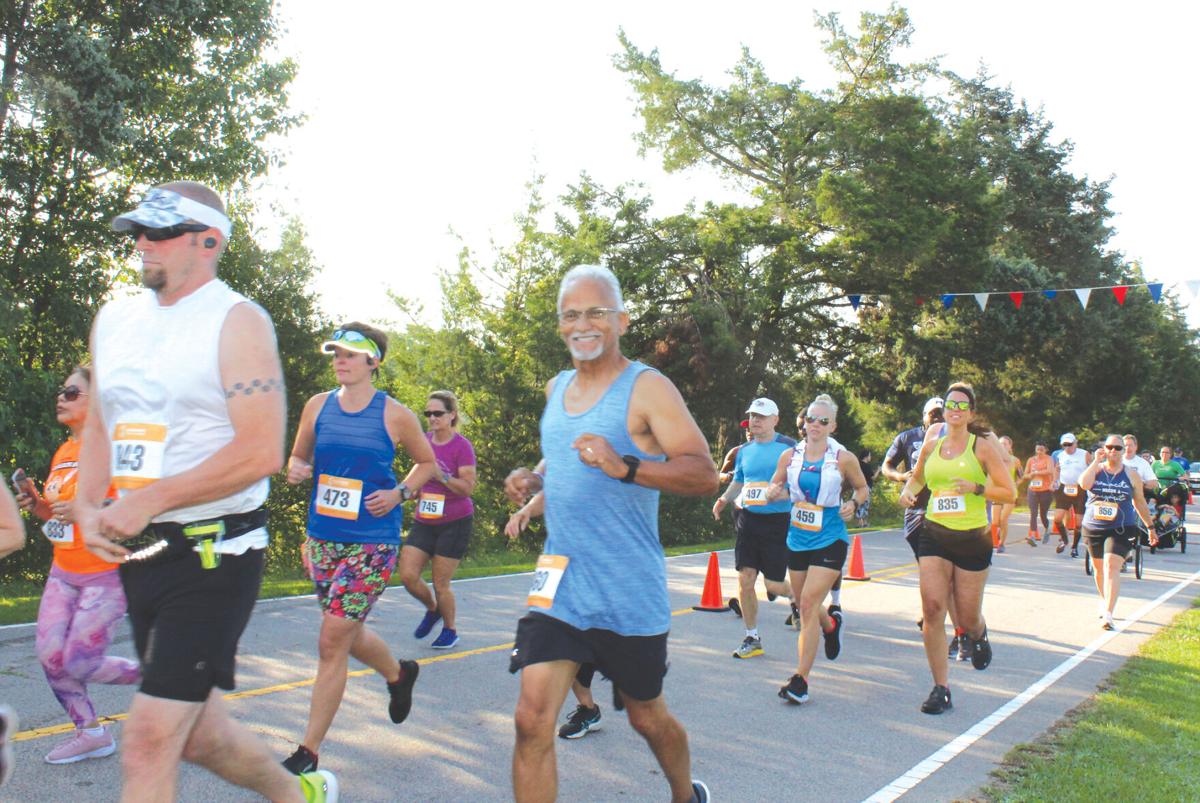 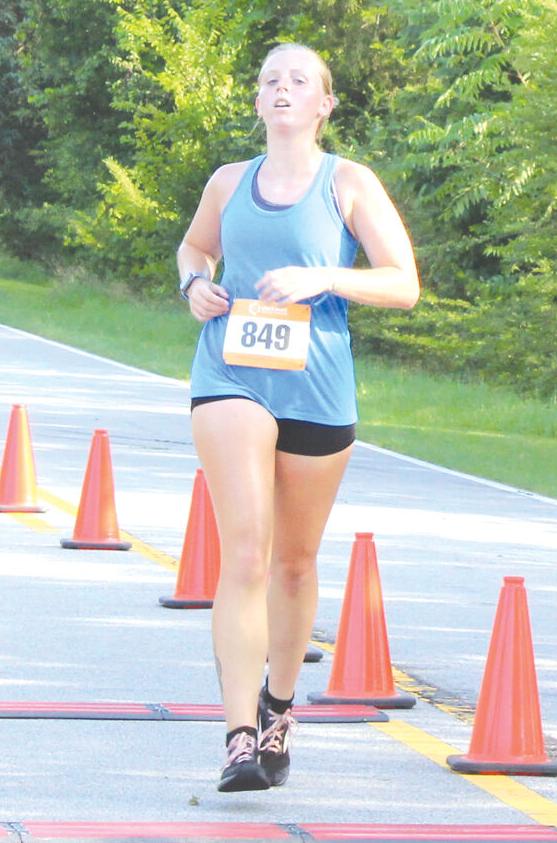 Kelsey Hutchison of Rocky Mount is the top female finisher with a time of 22 minutes, 41 seconds.

Saturday’s Ridgeway Cantaloupe 5k drew 64 runners and walkers, as participants from Warren County and as far away as Richmond, Va., braved the July humidity to test their speed and endurance.

The event was the 8th Ridgeway 5k, which is sponsored annually by the Ridgeway Historical Society. This year’s participants ranged in age from 6 to 82.

The race, which has become a local summer tradition, drew 40 runners and walkers last year in spite of the COVID-19 pandemic. Ten other people registered, but later chose to make donations to the Historical Society without running the race.

In welcoming participants to Saturday’s race, Ridgeway Historical Society President Tommy Tucker expressed gratitude for all of the runners and walkers.

“It means a lot to me to see so many of you coming from a distance and the local area,” he said. “I thank God for being able to hold the event. So many people wish they could be here, but are not able.”

The race began on Ridgeway-Drewry Road off U.S. 1 in Ridgeway and followed a route to a turnaround point near St. Paul’s Lutheran Church before runners and walkers returned to the start/finish line. Along the way, participants had to navigate several sharp curves.

The race winner, running in his first Ridgeway Cantaloupe 5k, was Wesley Mickler, 31, of Raleigh, with a time of 18 minutes, 50 seconds. He found a listing for the race online and decided to spend some time in the area camping on Kerr Lake.

Top finishers by age group are as follows: