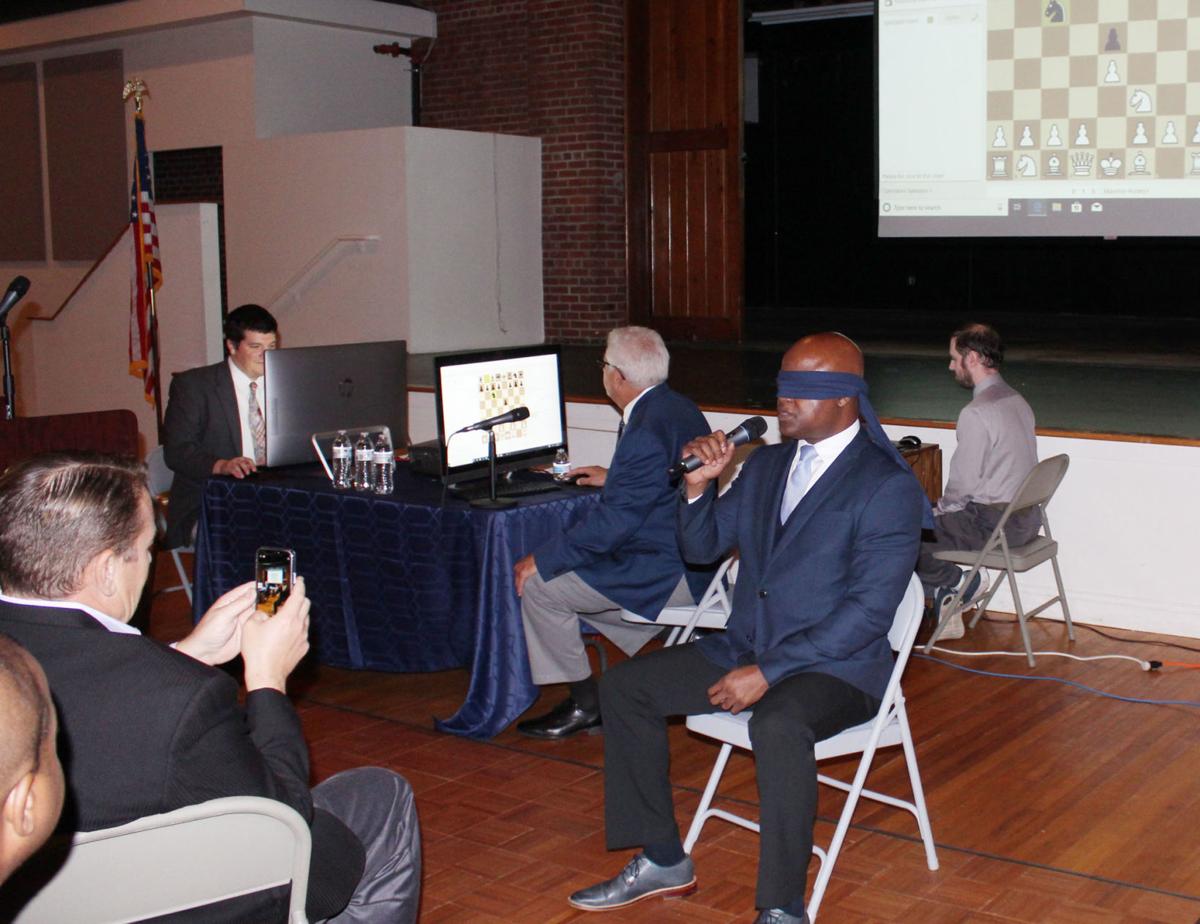 International chess grandmaster Maurice Ashley plays a round of “blind” chess during the Small Business Summit hosted here on Oct. 29. His visit was funded by a grant from NC IDEA and secured by Warren County Economic Development. 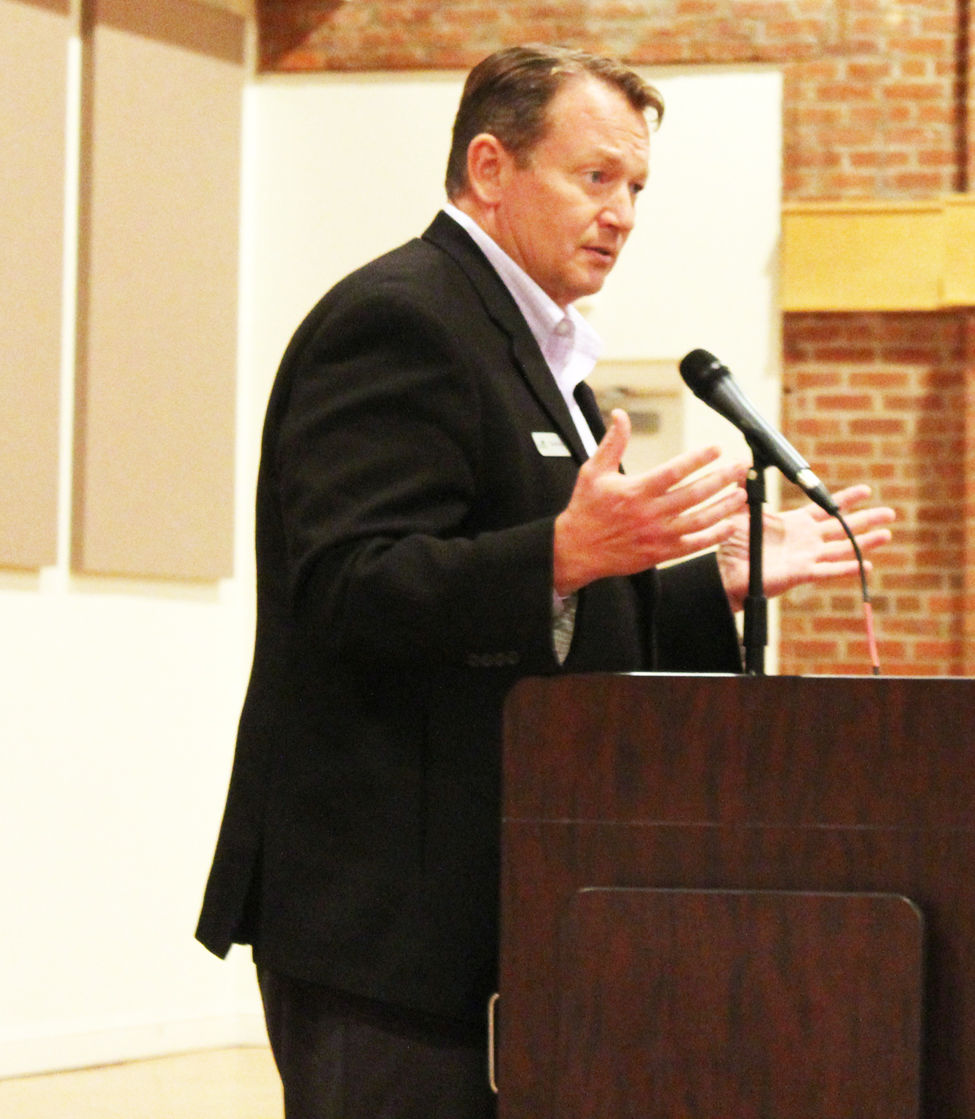 Maurice Ashley, the first African-American international grandmaster in chess, served as the keynote speaker for the eighth annual Small Business Summit, presented by the Vance-Granville Community College Small Business Center and the Warren County Economic Development Commission in partnership with the Lake Gaston Regional Chamber of Commerce & Visitors Center and the Chamber of Commerce of Warren County.

The event, entitled “It’s all About the Path You Choose – Using the Right Strategy to Make the Best Moves,” was held Oct. 29 at the Warren County Armory & Civic Center in Warrenton.

As a nationally recognized motivational speaker, Ashley discusses the character-building effects of chess. He also examines how the strategies used in the game can be translated into strategies to be used in business, or in any facet of life.

Ashley is a commentator for the biggest chess events in the world, including the World Chess Championships, the U.S. Chess Championships, the Grand Chess Tour and the legendary Man vs. Machine matches between Garry Kasparov and IBM’s Deep Blue. He is a member of the U.S. Chess Hall of Fame, a championship coach, an author, and the designer of a mobile app, “Learn Chess with Maurice Ashley.”

Following his speech, Ashley wowed the spellbound audience by playing — and winning — a chess match while blindfolded.

The event was made possible in part through a grant from NC IDEA, a private foundation with a mission to maximize the economic potential of the people of North Carolina by supporting the formation and fruition of high-growth entrepreneurial endeavors in the state.

During the summit, NC IDEA President and CEO Thom Ruhe gave a brief presentation on “Ice House Entrepreneurship,” an experiential, problem-based program designed to empower learners by exposing them to entrepreneurial thinking while immersing them in entrepreneurial experiences that will enable them to develop creativity and critical thinking, effective problem solving, teamwork, and other entrepreneurial skills.

“I am so pleased with this year’s event and am grateful for Stacy Woodhouse, EDC director of Warren County, and his efforts in securing an NC IDEA grant, which made it possible to bring a speaker of the caliber of Maurice Ashley to our event. He did not disappoint,” said VGCC Small Business Center Director Sheri Jones. “It was also a pleasure to have Thom Ruhe present and to have him promote Ice House Entrepreneurship to the crowd. It was a wonderful introduction to a program that we are bringing to the area in January.”

For more information about the services available to entrepreneurs through the VGCC Small Business Center, contact Sheri Jones at 252-738-3240 or joness@vgcc.edu.