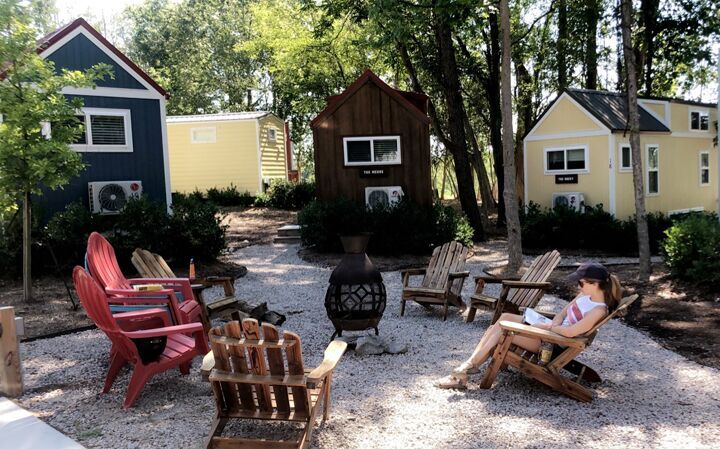 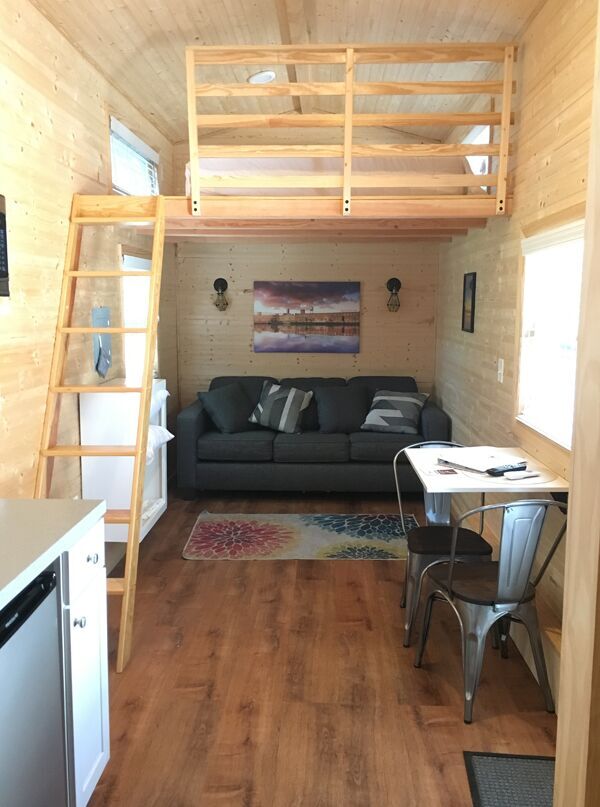 It’s a balmy 91 degrees. The sun is high in the sky. Luckily I’m surrounded by lush vegetation, the shade of the trees offering some reprieve from the heat. I’ve just finished a walk along the Tar River in the 56.5-acre Battle Park in Rocky Mount. Along the way I spotted baby toads the size of quarters, great blue herons, and a mimosa tree in full bloom reaching out over the river.

But now I’m dripping in sweat and I’m parched. I’ve stopped for a rest at the park’s gazebo, taking in a stunning view of the waterfall over the rocky outcropping that gave the town its name. This fall line marks the change between North Carolina’s Piedmont and Coastal Plain regions.

In 1818, a dam was constructed at the site of the natural falls. It was built to power the Rocky Mount Mills, the second cotton mill constructed in North Carolina, and the longest operating cotton mill in the state until it closed down near the end of the twentieth century. Today, the mill has been revitalized into a multi-use campus featuring breweries, restaurants, bottle shops, living spaces, offices, and even a tiny house hotel.

I head across the bridge, over the dam, to check it out. My first stop in the mills is Books and Beans, a coffeeshop and bookstore featuring a small library. But what I’m after is neither books nor beans, but the ice cream freezer that I spot in the back corner of the shop. The barista hands me a whopping scoop of butter pecan in a waffle cone, and I step outside to sit on the shady patio and take in the view of the mills campus.

From my vantage point, I can see the tower bell that once marked the shift change at the mill; the silo, which now features the logos of the campus’ many breweries; the old water tower; and the superintendent’s house, now an office space. There’s much more that I cannot see — in 1863, the Rocky Mount Mills was the largest industrial complex in North Carolina.

At that time, the Civil War was in full swing, and Rocky Mount Mills’ cotton and cloth production was the second largest in the confederacy, processing 800 bales a day. The mill supplied the South’s army with textile goods until northern troops burned it to the ground. The owner, William Battle, rebuilt the mill in 1865. It was destroyed by fire again in 1869 and rebuilt once more. During World War II, the mill supplied cotton yarn to the US Army.

In the 1970s, the North Carolina textile industry began to decline and the mill closed its doors for good in 1996.

In 2007, the mill was purchased by Capitol Broadcasting Company (CBC), which spent several years deciding on the perfect use for the property. Rocky Mount had experienced a population decline due in part to the downturn of the textile industry, so CBC sought to revitalize the community. They were looking for an idea that would entice people to live, work, and play in Rocky Mount.

“The first light bulb idea was to create these brewery incubators,” said Scott Roberts, general manager of Rocky Mount Mills. Craft beer was becoming more popular, but at the time there was only one brewery in eastern North Carolina.

“We would buy, purchase, and install all of the brewing equipment and then we would recruit and bring in new startup breweries where they would not have to put out capital expenditure to purchase the equipment and we would put them all in one location and allow them to share ideas and share some of the equipment…and create a destination for people who love craft beer.”

Today the campus is home to five breweries and one bottle shop, which offers a wider beer selection than a typical grocery store.

I’m getting a little thirsty after my second cone of butter pecan, so I walk over to the beer garden, a patio with outdoor seating adjacent to the breweries. I start with a citrus India Pale Ale from BDD Brewing. It’s the perfect beer for this weather – refreshing, and about as light as an IPA can get. If rich, sweet brews are more your style, I recommend the raspberry stout from Hopfly nextdoor.

After a couple of beers it’s time for dinner, so I check out TBC West Tacos & Taproom. I treat myself to authentic First Ryed Cauliflower tacos and a fresh garden salad topped with a perfectly ripe avocado and a honey lime vinaigrette.

I’m grateful for the outdoor seating at the restaurant, breweries, and coffee shop. It’s allowed me to safely social distance while still enjoying being out and about. But now I’m ready for some air conditioning and a shower. I’ve booked a night in the River & Twine tiny house hotel, adjacent to the mills and also operated by CBC.

My tiny house is called the Trent – each of the 20 tiny homes in River & Twine is named for a North Carolina River – and it is adorable. It features a loft sleeping area with a queen mattress as well as a pullout sofa. It’s more spacious than I expected and could easily accommodate two to four people, depending on how comfortable you are bunking up together.

It’s tastefully decorated, with knotty pine paneled walls and artwork featuring river scenes. The bathroom and shower are comfortably sized, although the sink is smaller than I would have thought possible. The kitchen features a fridge, microwave, and Keurig complete with North Carolina’s own Krispy Kreme coffee. There’s a dinette area with seating for two.

Outside offers more dining options, with gas grills and picnic tables. The homes are arranged into pods of five houses, each having fire pits surrounded by Adirondack chairs. It makes for a wonderful communal environment where guests of the pod can spend an evening getting to know one another.

I make friends with several other guests while I’m there. Faye and Douglas Stinson are visiting from Knightdale, NC.

“The house was so cute,” said Faye. “It was clean and comfy.” Although she notes it may have been too small for her 6’2” tall son.

Douglas recommends the experience to anyone.

“If you’ve never done a tiny house you might want to purchase one after you come visit,” said Douglas.

It truly is a unique experience.

“It’s an added amenity to give people a reason to come to Rocky Mount Mills but also to Rocky Mount and try something a little bit different that really hasn’t been done anywhere else,” explained Scott.

All in all, my visit to Battle Park, Rocky Mount Mills, and the River & Twine tiny house hotel has been an excellent experience.

I think they’ve found the answer.